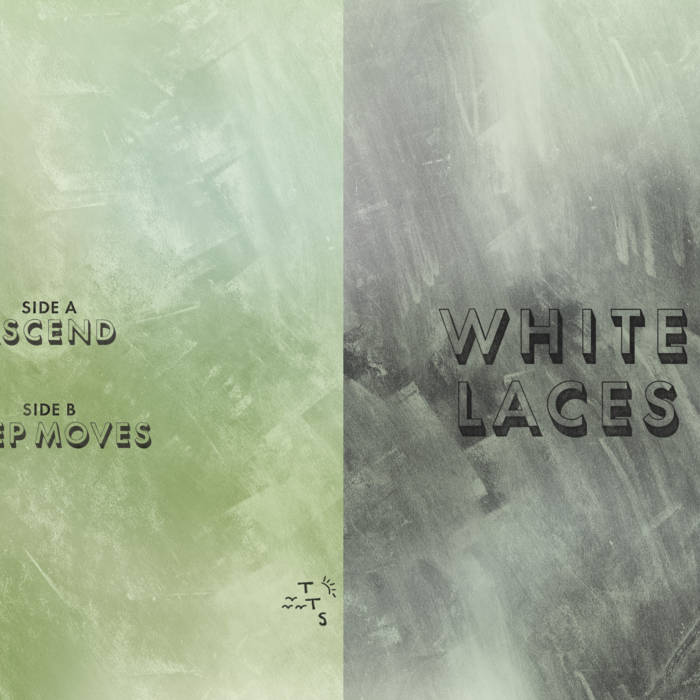 When Julien and I first met White Laces on a week long tour several years ago, they were supporting their debut -- a self-titled EP that emphasized their pummeling volume. The live shows were an accurate representation: I can remember one promoter in particular smiling and singing along during their set, despite the fact that he was simultaneously hunched over, trying in vain to protect his ears with his cupped palms. Although they put on a good show, it was obvious that they were growing tired of this approach; by the final few dates of that short tour they were already re-working songs in order to play with dynamics and toy with new melodies.

Their debut LP, Moves, which came out last year followed this progression, offering sprawling soundscapes that were much more concerned with building an atmosphere than trying to overpower one. It was one of those rare instances when people I knew -- friends of mine -- were responsible for one of my favorite records of the year.

These two tracks, part of the third and final release in Volume One of our Singles Series, pick up where Moves left off. Though the total playing time is well under ten minutes, you can hear all of the places they've been (and a few hints as to where they're headed).

Bandcamp Daily  your guide to the world of Bandcamp

Guest hosted by Tamar Osbourn aka Collocutor and Toshio Matsuura.